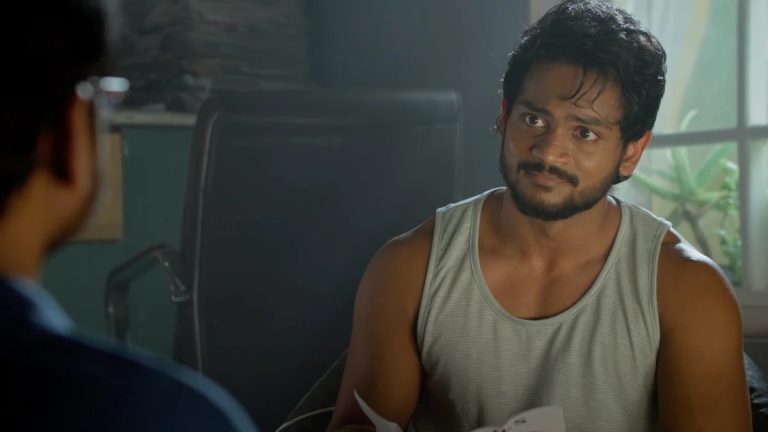 Have you ever heard of a detective agent’s story with lots of fun, romance and entertainment? Everyone knows that it is rare, and such stories will surely catch people’s attention. It will be a nice scenario if the detective of a movie or series is so cool as they provide a thrilling effect and comedy. You no longer need to wait to watch an interesting series like that because you can find one such comedy thriller web series in the aha Telugu OTT platform – Agent Anand Santosh.

The cast of Agent Anand Santosh

Agent Anand Santosh is a web series with the main central character Shanmukh Jaswanth as Agent Anand Santosh. The other cast members are Vaishali Raj, Alankrita Shah, Pruthvi Mukka, Chandu JC and Vishwa. The cast selection is perfect as you will be able to find that Shanmukh is perfectly suited for playing the role of a fun detective as well as with seriousness.

Agent Anand Santosh is a comedy thriller web series which is quite different from other detective agents, movies and series. It contains romance and small, petty cases, leading the main character to serious troubles. In the beginning, Agent Anand Santosh and his sidekick run a small detective agency by solving small, petty cases, but eventually, they are tasked to find a missing girl. Later the story continues with him joining another detective agency and solving many other cases. The fun fact about this web series is that Anand’s first case as a new detective was to recover a stolen car tire. The web series continues with many other kinds of fun and entertainment and also includes challenges where the show gets serious.

What to expect from Agent Anand Santosh?

Agent Anand Santosh is the perfect choice if you are looking for a simple, light-hearted web series. The central character Anand is a perfect match for the role, and with this natural action seen, the series has become far more popular. Have you ever expected what would happen if a normal, honest, and interesting person became a detective agent? You can find the exact result in the web series Agent Anand Santosh. It has many positive reviews and is considered one of Telugu’s best comedy detective web series.

Watch all episodes of Agent Anand Santosh on aha

Facing trouble finding a place to watch Agent Anand Santosh’s web series? There is no need to waste your time anymore, as all its first season episodes are available in aha. aha is a leading online streaming platform where you can watch unlimited movies and series. With just a few taps, you can easily find your favourite Telugu web series on movies; thus, it makes everything convenient for the users. The first episode of this interesting detective agent series is free to watch in aha.